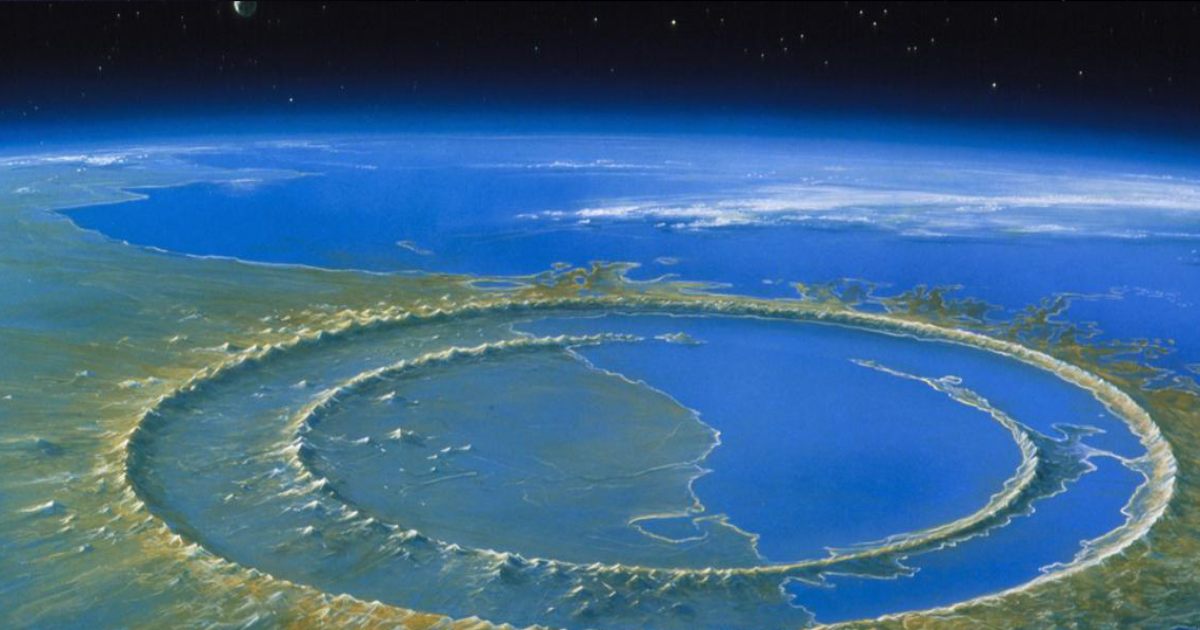 About 65 million years ago, an asteroid hit the Earth and changed life on it forever. The exact place where this event happened is located in the Yucatan Peninsula and is known as the Chicxulub Crater, an area that extends for 111 miles and that contains enough evidence to believe that it was here where the world once ended.

We tell you everything about the Chicxulub Crater and the amazing museum that you can visit to know more about this extraordinary location.

Once upon a time, in the land of dinosaurs

For millions of years, the giant reptiles that we know as dinosaurs literally ruled the Earth. At some point during the time period known as the Cretaceous, something happened: about three quarters of all animal and plant species suddenly went extinct.

We know how this happened because of the high levels of iridium that are present in the geologic record, exactly at the point that corresponds with this time period. This particular metal is very rare on Earth but abundant in asteroids. It was the unusual presence of iridium, as well, that helped scientists confirm that the asteroid that caused the mass extinction hit the planet at Chicxulub.

Other evidence that points to this theory is the shocked quartz and the tektites that have been found across the crater (both present in asteroids and meteorites), as well as the detection of a gravity anomaly in the area. Once the asteroid hit the Earth, a domino effect began. The dust from the explosion, as well as the massive amount of carbon dioxide released into the atmosphere created a permanent winter that prevented any form of photosynthesis, which killed most plants on the planet. This, in turn, caused most herbivores to starve to death, which consequently ended up causing the death of most carnivores. Drastic climate change and sea level drifting ended the job.

The museum that explains it all

Since 2018, the Science Museum of the Chicxulub Crater is open for travelers and enthusiasts who wish to find out more about the catastrophe that ended the Mesozoic era and some of the other effects that the asteroid impact had.

In here, you can learn about how the event transformed the land around it, creating the beautiful cenotes that travelers love to bathe in. The several different rooms in it go over the origin and evolution of life, the biodiversity of the Yucatan Peninsula, and the region’s aquifer mantle, among other themes. The museum is located 18 miles northwest of Merida and about 25 miles from Chicxulub Puerto. From the state capital, you can get there through the highway to Progreso (261), and then take the exit to Sierra Papacal. Just three miles after this small town, you will find the entrance.

Scientists continue to explore and do research on this fascinating area, in an effort to obtain more information, not only about the Cretaceous extinction event, but about the evolution of life on Earth. If these are themes that interest you, you should definitely take a day off your next trip to Yucatan to visit the Chicxulub area and its museum.

When you’re traveling around the area, remember to look us up! Book a room at any of our City Express hotels and enjoy everything that matters for a perfect vacation.

Chicxulub Crater in Yucatan: the place where the world once ended Our picks for the best beaches, restaurants and nightclubs in Cancun
Busca tu hotel